A burial ground was found on Brocks Hill in 1760 and it is thought to date from an Anglian settlement around 550AD. Oadby has therefore been inhabited for over 1400 years. As the name ends “..by”, Oadby must have become a Danish or Viking settlement, in common with many others in Leicestershire. In about 920AD, King Alfred the Great won a series of battles to drive out the Viking settlers – and one of these battles may well have been near Oadby.

King Harold (the last Saxon King of England) was succeeded by William the Conqueror after the Battle of Hastings in 1066 AD. A few years later, the settlement was recorded as being called “Aldebi” and then “Oladebi”, “Outherby”, Onderby” and finally Oadby in modern times.

William made his loyal friend, Hugh de Grandmesnil, the Lord of 100 English Manors mainly in Leicestershire and he founded the Parish Church on the present site of St Peter’s. Possibly, the only recognisable part of this original Norman building is a pair of carved stone squares which can be seen half way each side of the tower outside.

The Norman building was reconstructed and enlarged and the present tower and spire are believed to date from about 1275 AD. The chancel has been much renewed but probably dates from about 1300. The 14th century church had a steep roof, as can be seen on the wall of the tower inside the church. This was altered in the 15th Century (possibly soon after 1400) when the four pairs of tall elegant Perpendicular arcades were built on each side of the nave. An unusually tall clerestory with a flatter roof was also added at about this time. The church seems to have continued like this until about 1880 when the North Aisle was extended to form the vestry.

In 1927, structural damage to the tower called for drastic repairs. Public subscription raised the money to inject 13 tons of concrete through over 3000 holes into the walls. Two ring beams and a concrete floor beneath the bells added to the stability of the tower. The North wall of the chancel needed to be rebuilt in 1964 and ten years later the South side required similar treatment. 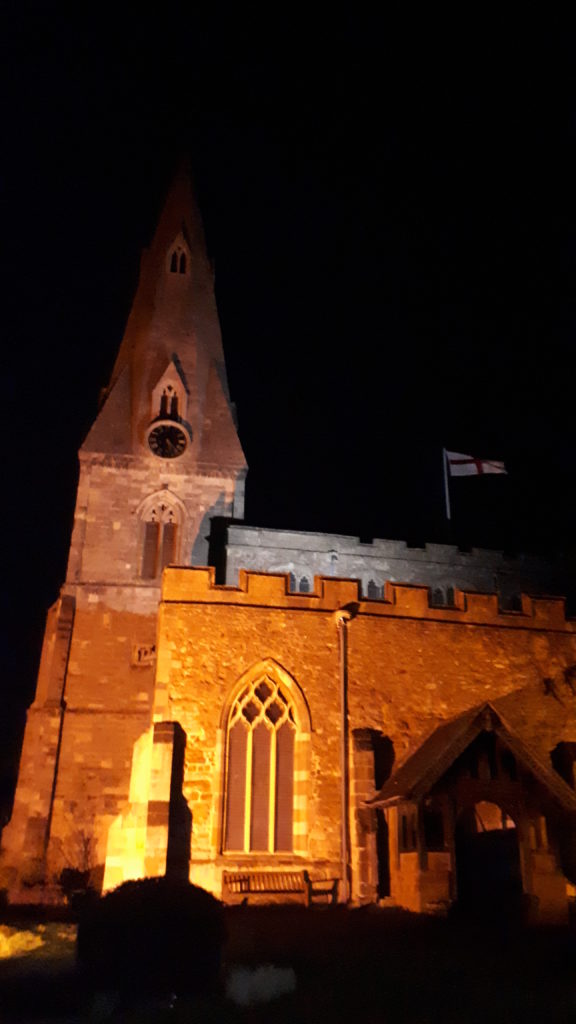 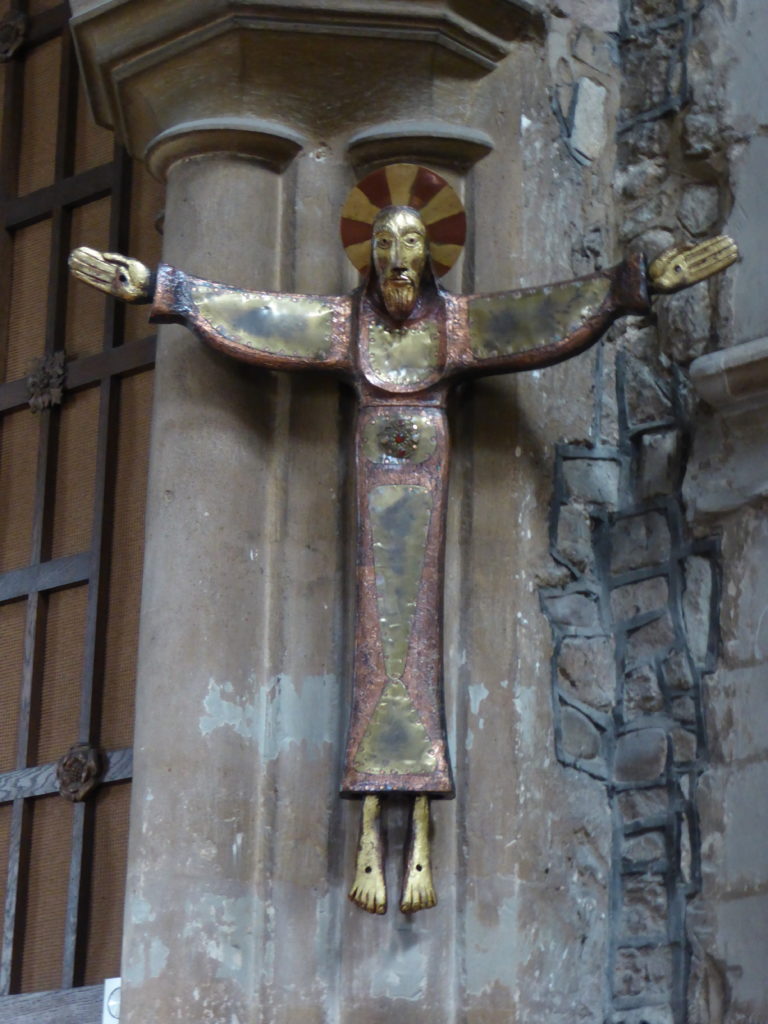 From Victorian times until 1987, seating took the form of fixed pews in the Nave with moveable chairs in the aisles. However, extensive problems with rot provided the incentive to re-order the church for contemporary congregations. The church was closed for three months while the work took place but worship continued across the road in St Peter’s Centre.

The floor of the Nave was removed, filled and surfaced with wooden blocks. Chairs were provided throughout to enable a more flexible use of the church. The Lady Chapel was restored with a fine new screen. An aumbry for reservation of the Blessed Sacrament was installed in the North Wall of the Chancel. The heating system was modified and an induction loop installed to improve audibility for those with hearing aids. The communion can now be celebrated at the original High Altar, or at the Chancel step or in the Lady Chapel. A modern amplification system was installed at about this time so the Sounding Board (above the pulpit) was not replaced. This representation of the Risen Christ was placed just behind the pulpit.

More recently, a generous bequest from someone who remembered a happy childhood in Oadby allowed us to design and build a coffee bar in keeping with the rest fo the building. The base of the tower was also modified to provide a disabled toilet and baby-change facility, a small preparation area for flowers and a separate chamber for the bell ringers upstairs.

Lights were installed along the choir stalls in 2013 memory of a recently deceased member of the congregation. A large projection screen with smaller “repeater” TVs were installed in the last few years to facilitate alternative styles of worship and also show views from several CCTV cameras within the church.